Anil Chaitya Vangad hails from a small Warli tribal village in Maharashtra north of Mumbai. Over the last two decades he has been painting in the traditional art style of the Warlis, experimenting with themes of gods and goddesses as well as the more contemporary issues of our times. It was the artist’s mother who influenced and taught him how to paint.  He still prefers to work in the traditional mediums of gerue (red ochre powder), gobar (cow dung), charcoal and rice paste primarily over the use of synthetic dyes and paints . He encourages his family members to do the same. He is not just passionate about painting but also about farming which is the  traditional occupation of the Warlis. He has the vision and zeal to take the Warli life forward incorporating the positives of moernity while retaining their traditions. Vangad’s works have been exhibited in the USA , UK , France, Singapore and  Hong Kong. Recently his painting  was introduced to the Santa Fe Folk Art market for the first time and in September 2014 he was awarded the WCC Award of Excellence from UNESCO for his paintings and for gathering the spotlight on to Warli art . 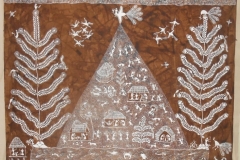 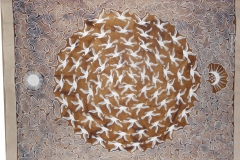 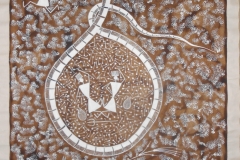 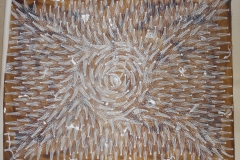 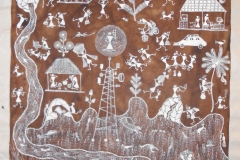 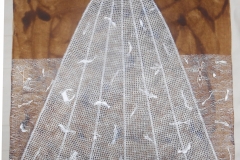 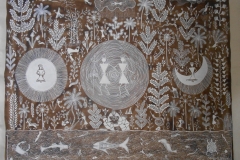 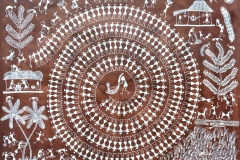