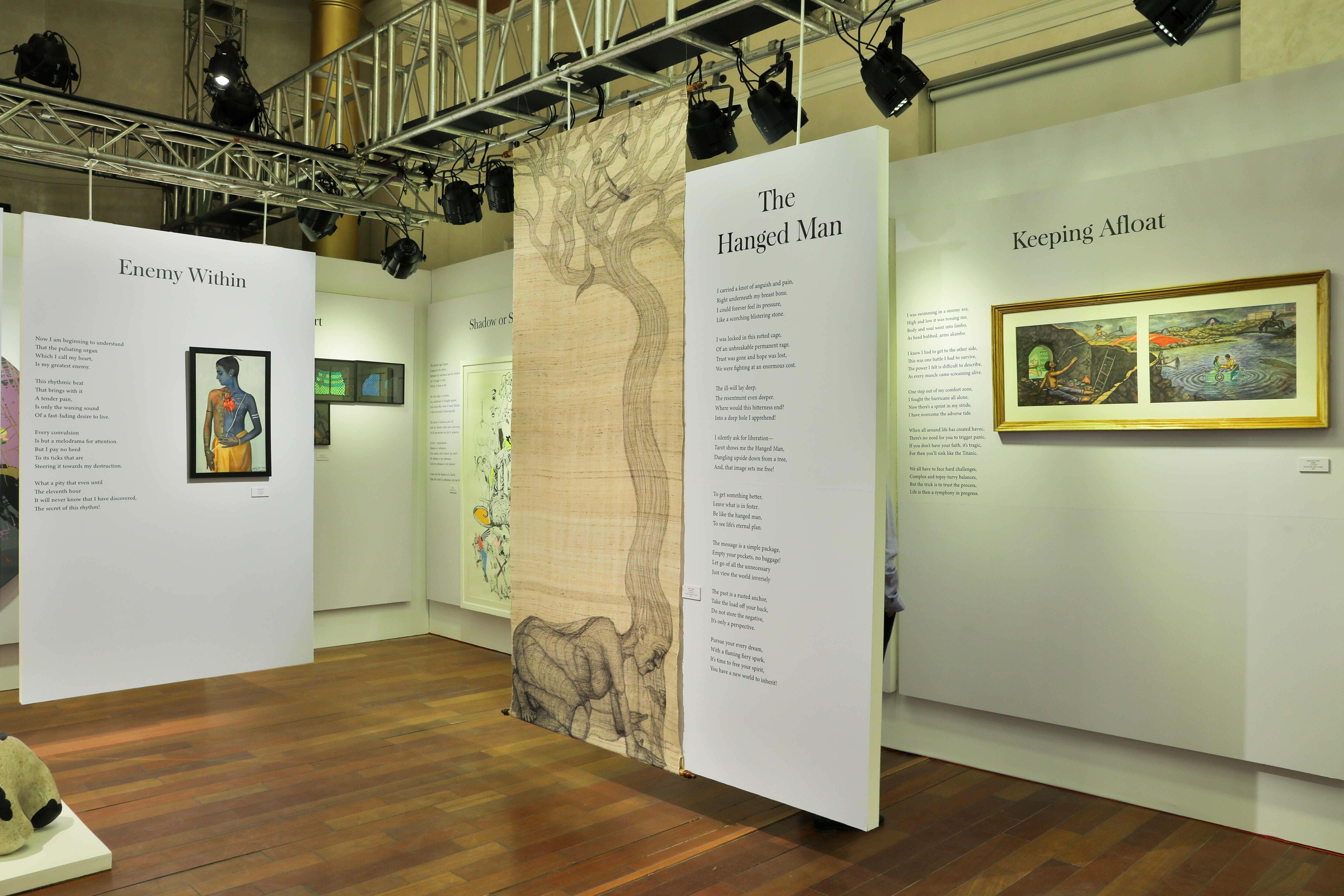 Artspeaks India is a multidimensional entity which actively promotes the arts from South Asia . Founded and conceptualised by Ashwini Pai Bahadur in 2009 as an arts and cultural initiative , Artspeaks India seeks to facilitate , highlight and sensitise individuals and communities to the myriad ways in which the arts might speak ; to us ; to each other ; and most significantly for themselves.

At the core of Artspeaks India’s philosophy is a desire to liberate a vocabulary intrinsic to the arts, to provide a scaffolding for form and matter to enunciate their aesthetic and interpretive frames.

One of Artspeaks India’s initial shows titled Art for Art’s Sake explored the possibility of unburdening art from preconceived lenses of perception. For Ashwini, this occasioned an opportunity to ask pertinent questions regarding the role of the viewer, and the need to seriously consider the implicit and fresh art-critical resources a viewer might bring to art appreciation.

In the last decade, Artspeaks India has established itself as a strong supporter of emerging and established artists, promoting and showcasing more than 300 contemporary artists from 10 countries, and more than 500 Indian folk and tribal artists.