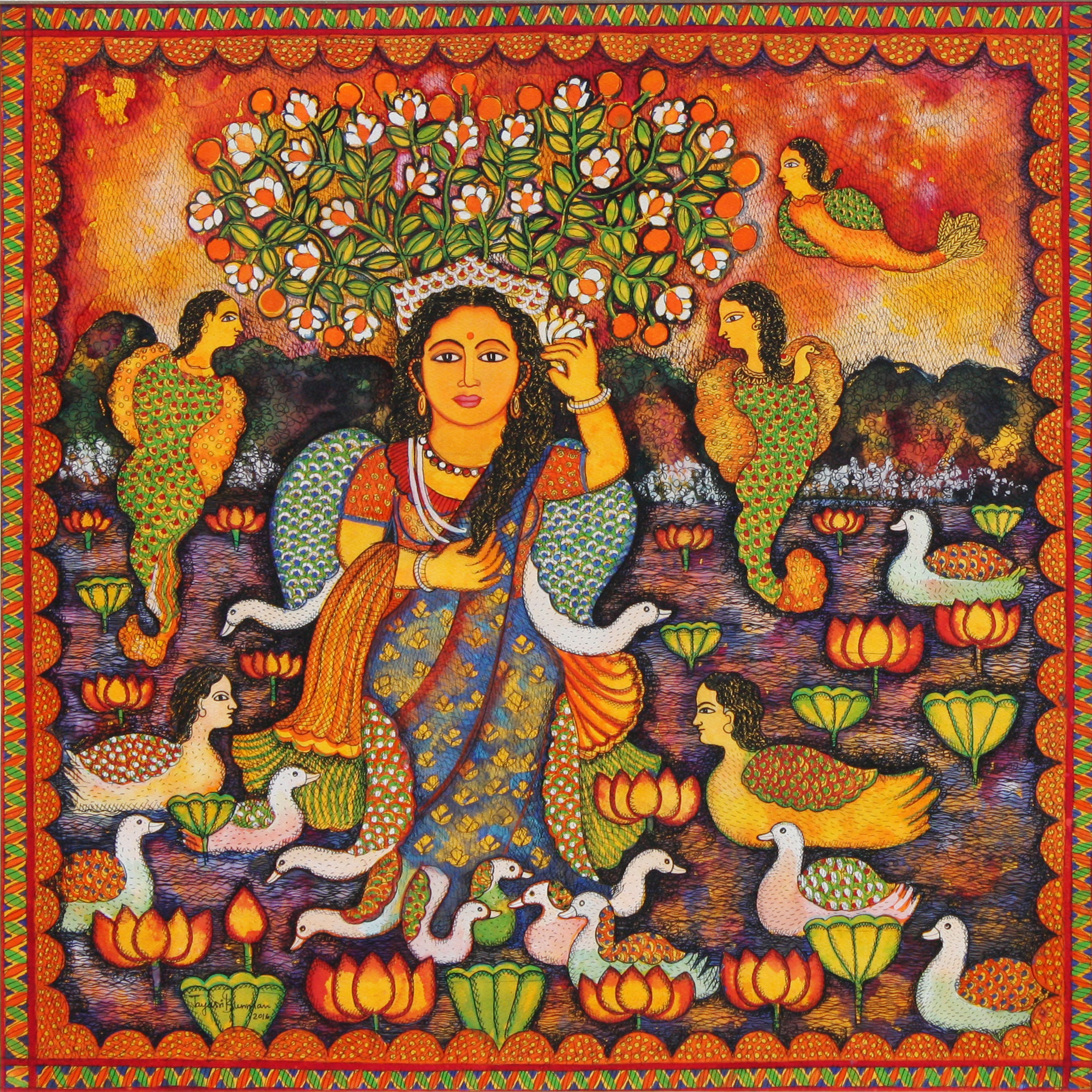 Jayasri Burman’s paintings possess a dream-like and lyrical quality. Although inspired by the Indian folk element, her work retains modernity with a reflective honesty, that is original and endearing. She manages to weave the decorative and design element of the folk idiom into the intricate patterns of her canvas, without losing the natural charm. Her concern for women is evident in her work. Her works realise women partaking in the bounties of life; free, and at one with Nature, they are sometimes a coronated bird, and at others, mother Goddesses. Jayasri studied at the Kala Bhavan in Shantiniketan, and at the Government College of Art and Craft, Kolkata. She went to Paris and studies print-making under Monsieur Ceizerzi. The Government of India released a series of commemorative stamps of Jayasri’s works for International Women’s Day in 2007. In 1985, she was awarded the National Award from the Government of India.