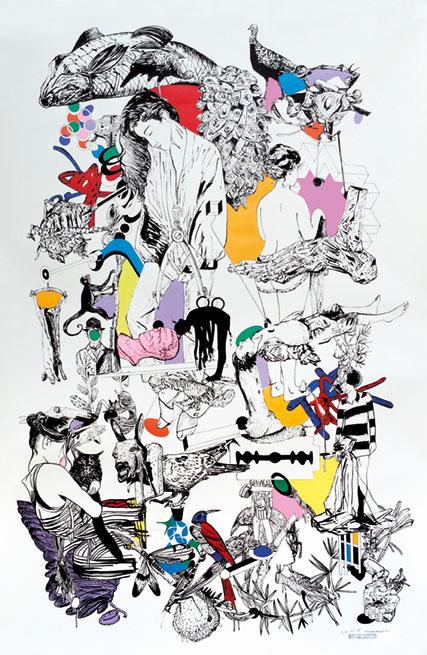 Martin’s work holds deep insight that speaks about life, by reflecting his reservoir of m small events or moments that turn into treasure, his colourful and vibrant canvases interpreting the present. Martin contends that this is an open-ended effort, where his artworks aim at conversing to the viewer. One is free to look at his artworks from different perspective and create meanings accordingly. His works are shaped up by his interest in films, literature and memories Martin hails from the state of Kerala, studied at the College of Fine Arts, Thiruvanthapuram, and later completed his Master of Visual Arts, Sculpture from the Government College of Art & Craft, Kolkata. He has participated in several major shows including the state exhibition held by the Lalit kala Academy, Kerala; “Double-Enders’ show curated by Bose Krishnamachari and a show titled The world we live in’ at Melbourne, Australia in 2007