Shivani Aggarwal’s art practice started with the concept of layering content and images. Her works dealt with the construction of an identity through clothes like a layer on the skin. These layers expressed the social, cultural and gender beliefs, woven into the fabric of our minds. Aggarwal received her Bachelor’s degree in painting from the College of Art, New Delhi, in 1996. In 2004, she completed her MFA from the Wimbledon School of Art in London. She has also received several scholarships and participated in several workshops. Presently she is involved with images of the rose where it becomes a metaphor for the self, memories, emotions and situations. Thread needles scissors and numerous other elements related to sewing and knitting currently constitute her visual language. Aggarwal’s solo shows include Bombay Art Gallery, Mumbai, Charles Wallace India Trust Scholarship show at British Council, New Delhi, Wimbledon School of Art, London. 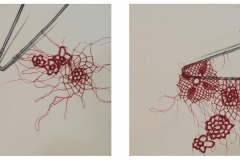 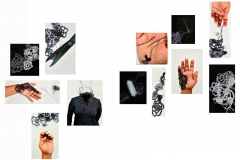 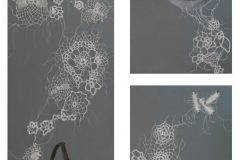 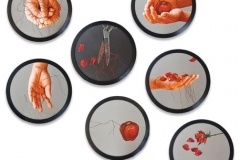